The vast majority of Japanese ningyô were created simply to be admired. Ishô-ningyô (fashion dolls) emerged in the 18th century as the doll equivalent of the exceptionally popular ukiyo-e woodblock print, depicting aspects of popular culture, fashion and humor.

Theatrical themes, courtesans from the pleasure districts, heroes and icons drawn from history and fairy tale all found their expression in ishô-ningyô. These exquisite dolls were given as souvenirs or purchased by devoted collectors and displayed proudly within their homes. Gosho-ningyô (palace dolls), as their name implies, emerged in the 18th century out of imperial doll culture where small ningyô depicting plump male children, often holding an auspicious object, were created as presentation gifts by the emperor to visiting feudal lords in recognition of tribute gifts received. Admired and valued, soon gosho-ningyô emerged as a sought after doll form created not only in Kyoto, center of imperial culture, but also Osaka and Edo/Tokyo. Their high popularity inspired artists to create ever more beautiful, large-scale and complicated examples, representing an especially unique category of Japanese ningyô. 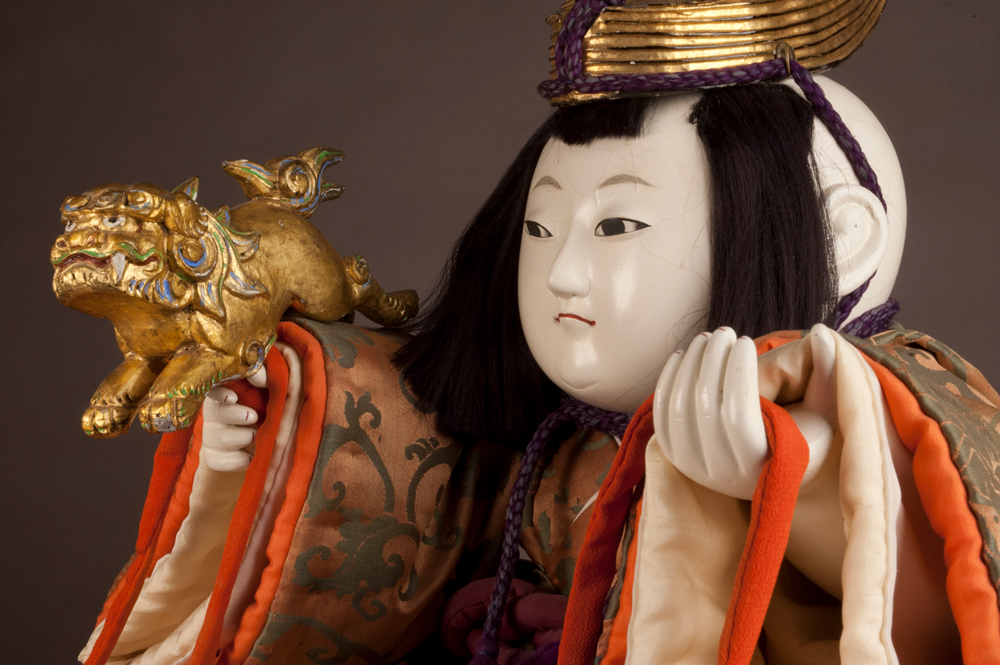 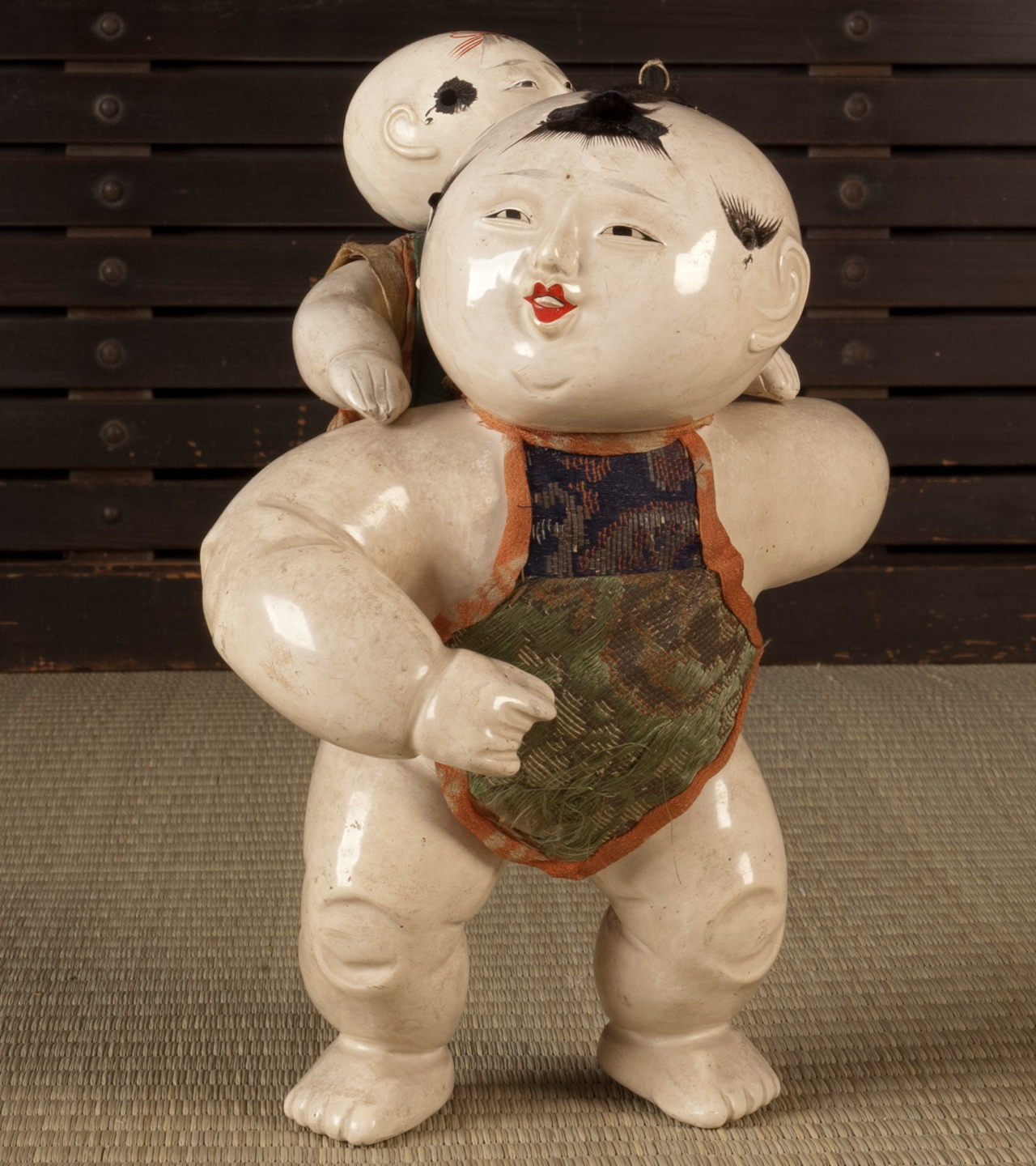 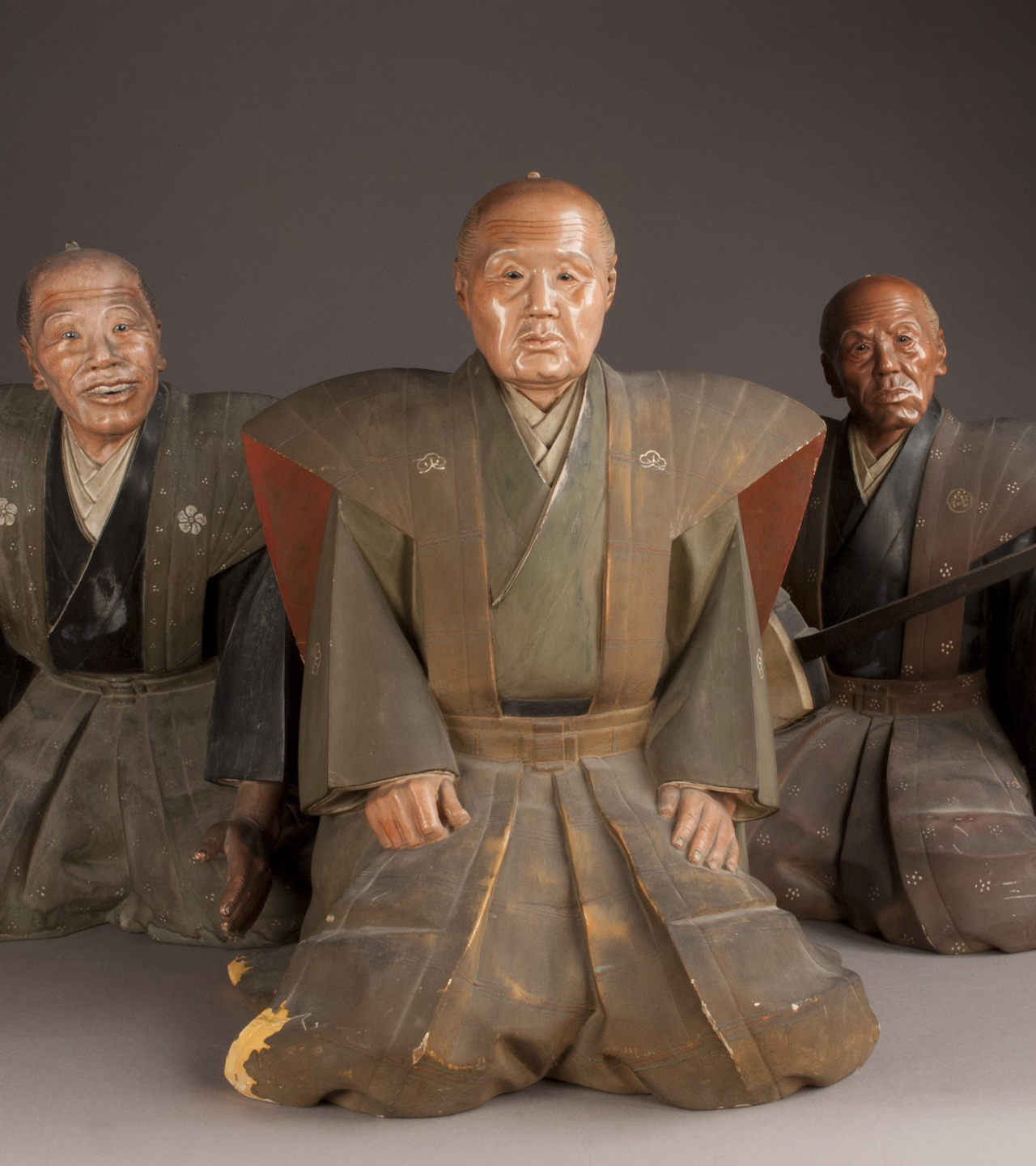 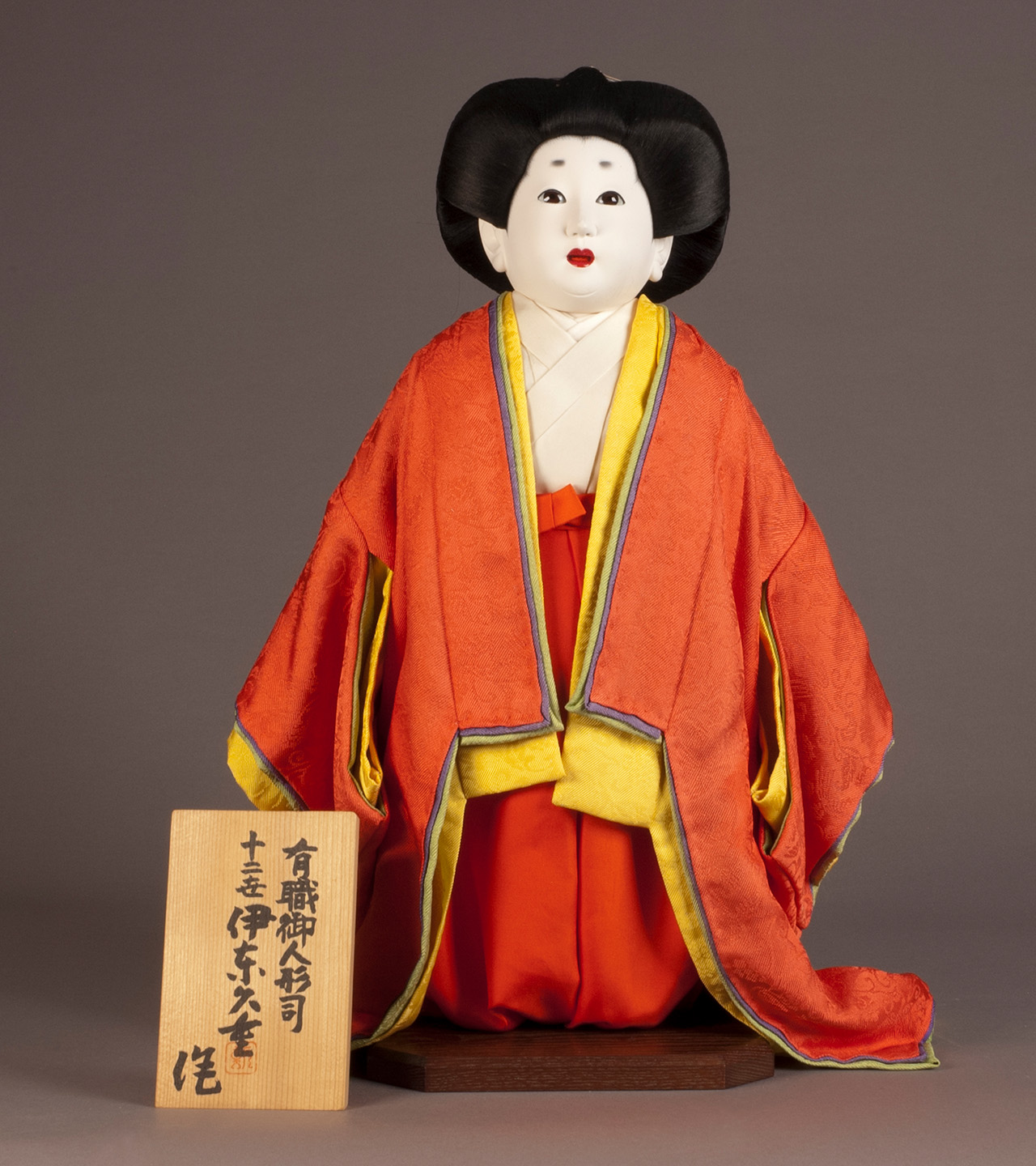 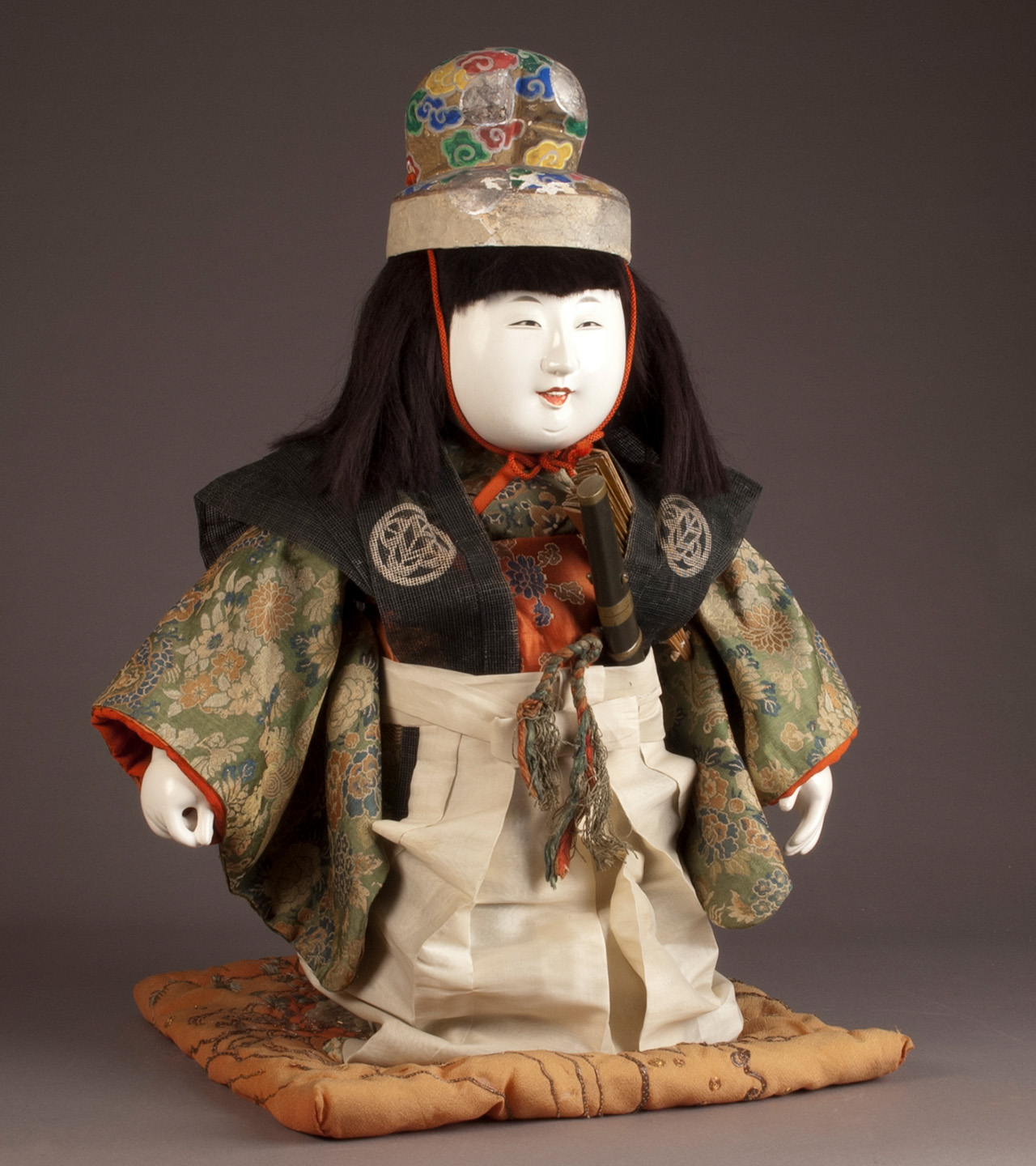 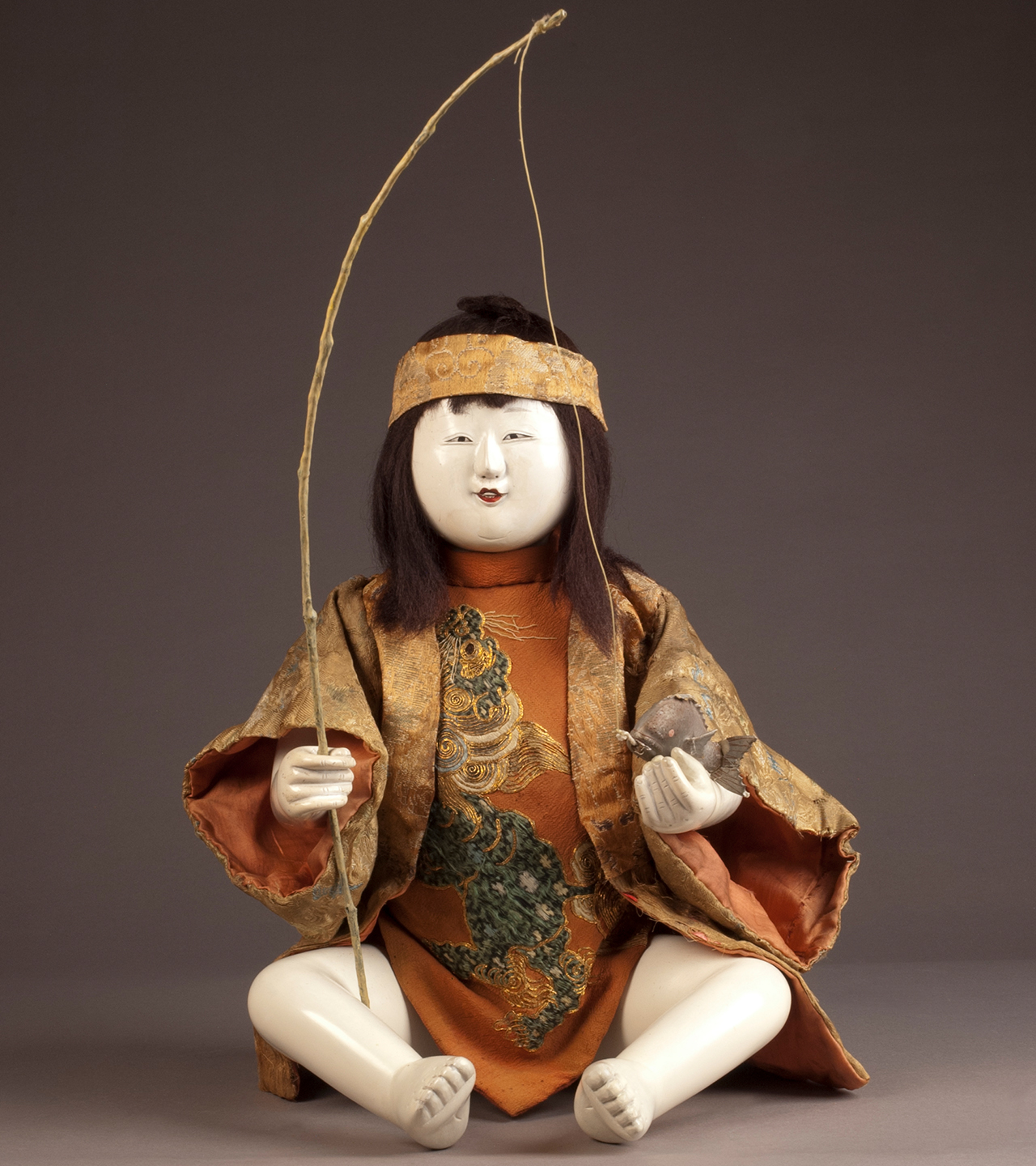 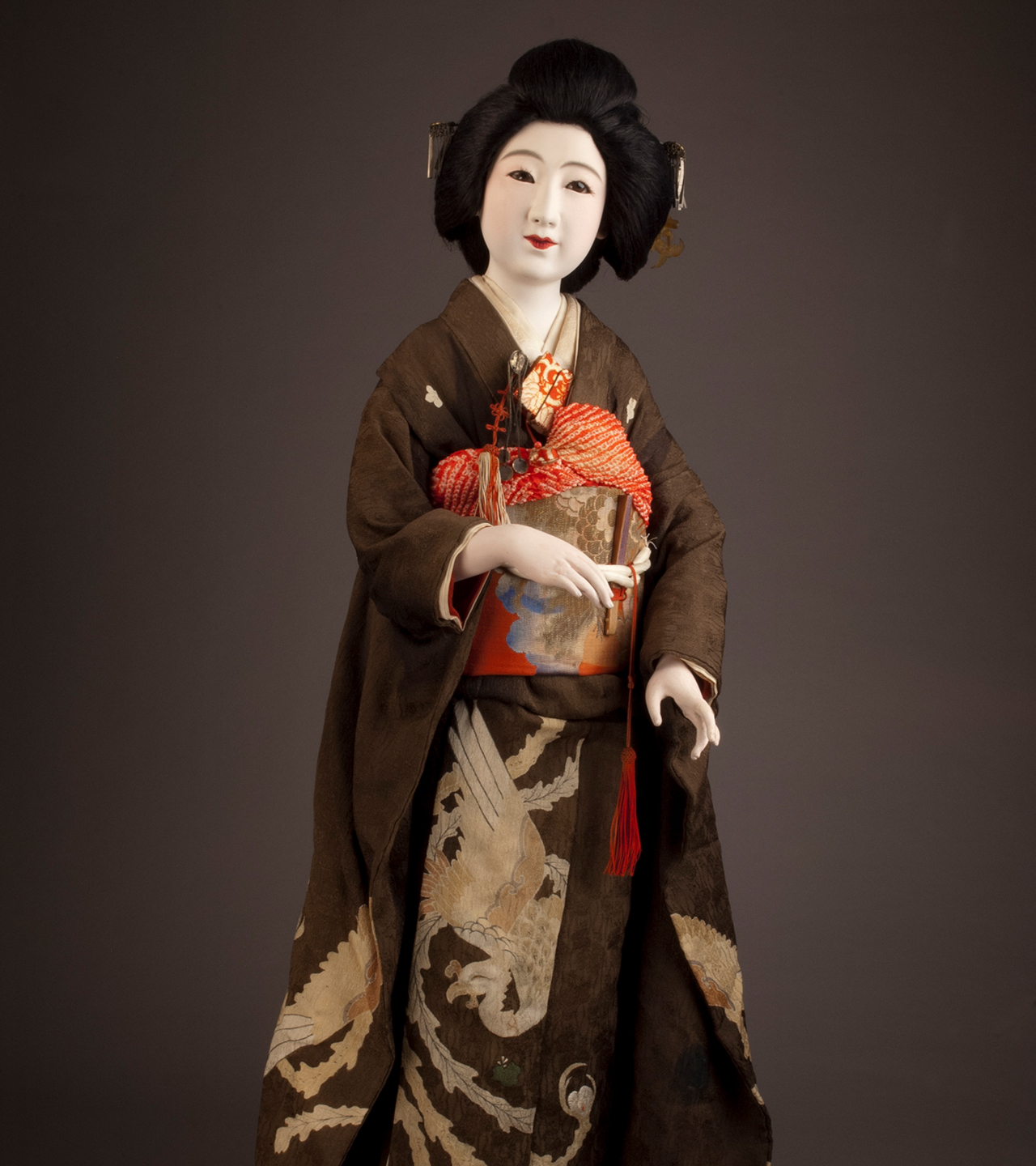 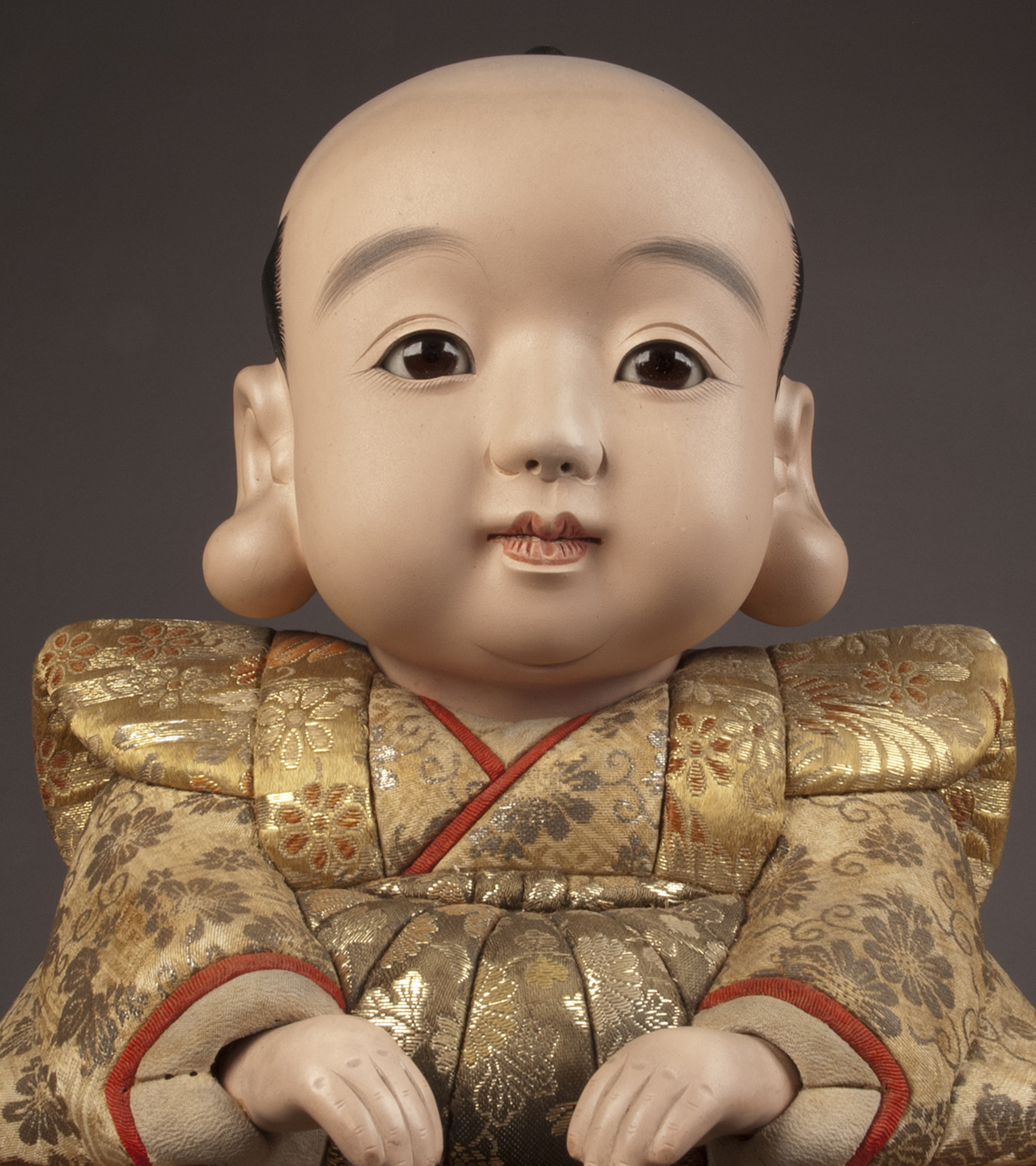 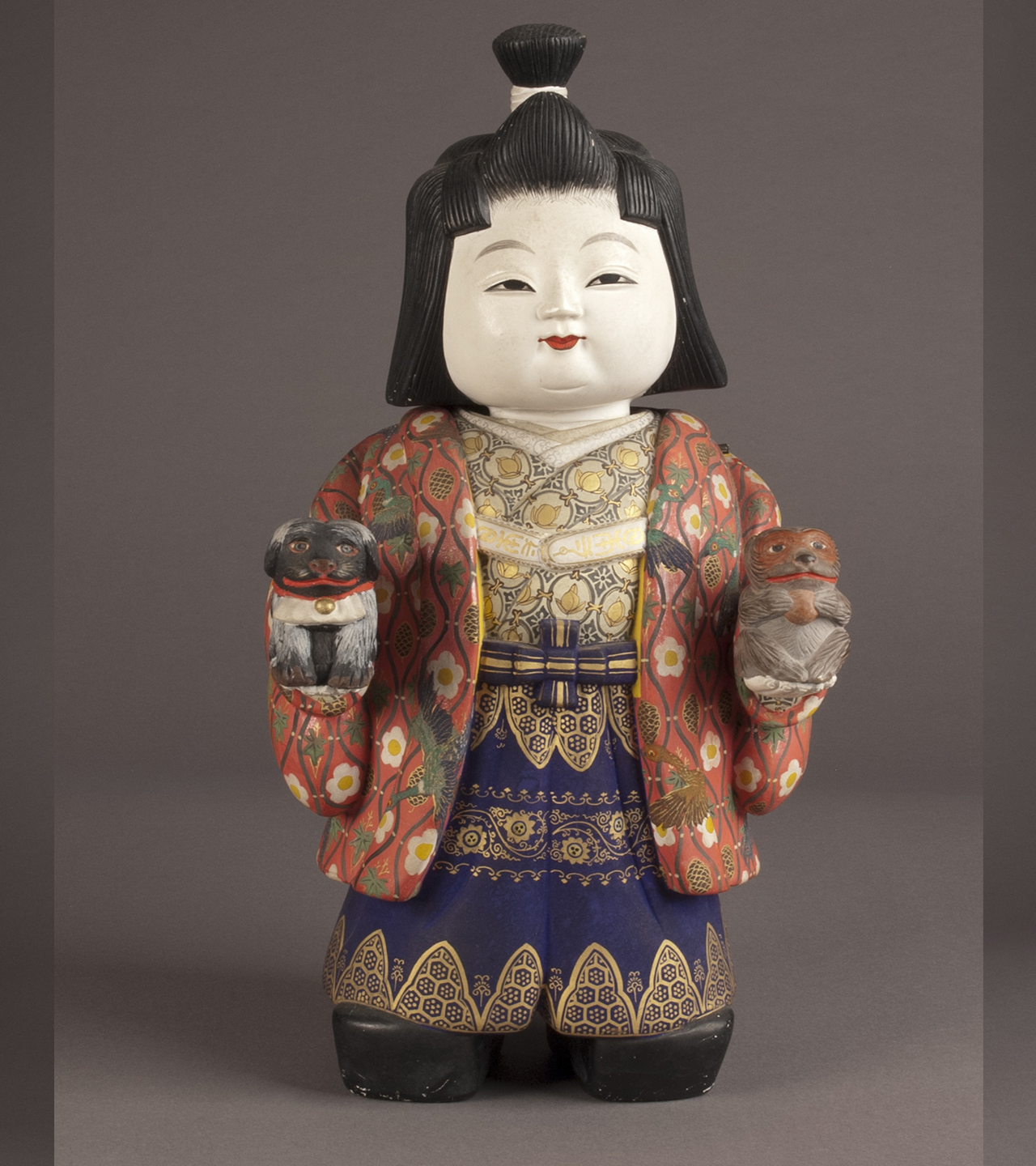 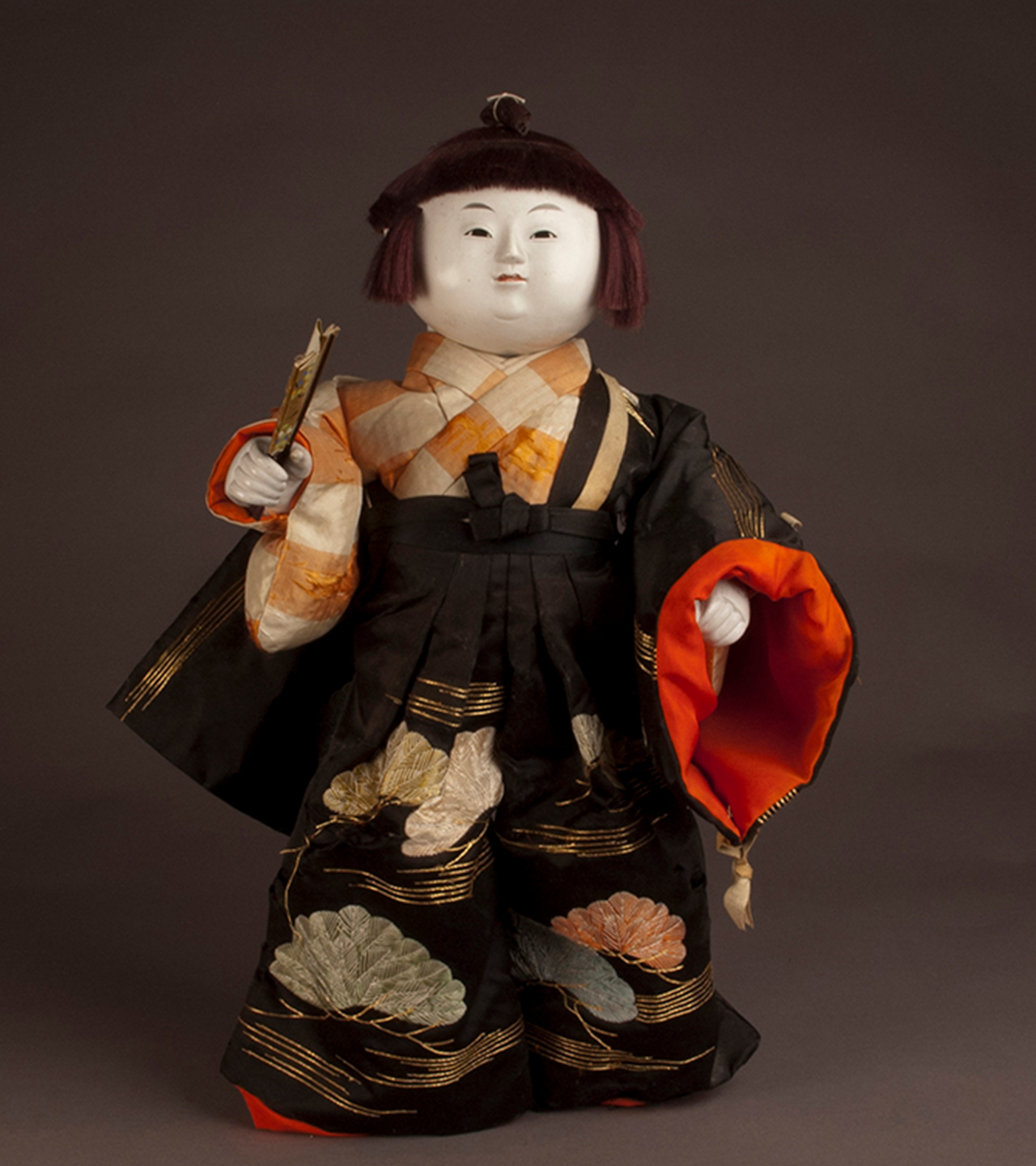