Sosaku-ningyô (art dolls) emerged in the late 1920’s as a statement by ningyô craftsmen that their medium, the doll, should be viewed with the same respect given to more traditional “art” forms as painting, sculpture and ceramics. Led by an intrepid group of ningyô artists, they intentionally broke out of time-honored themes and manufacturing traditions and constraints to create spectacular works that over time gradually transformed public perception of ningyô, transforming it from traditional craft to respected art. These artists frequently signed and titled their works, further ennobling their creations. Artists such as Hirata Gôyô II (1903-1981), Hirata Yoko (1906-1975), Okamoto Gyokusui IV (1898-1972) and Noguchi Mitsuhiko (1896-1977) represented a few of the most respected of this new generation of ningyô artists. 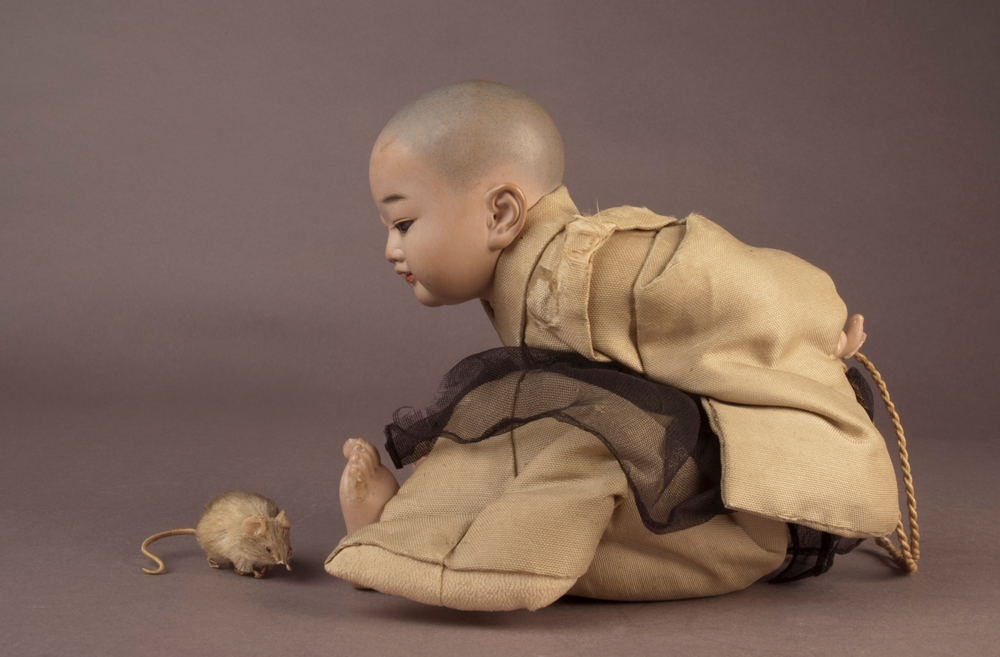 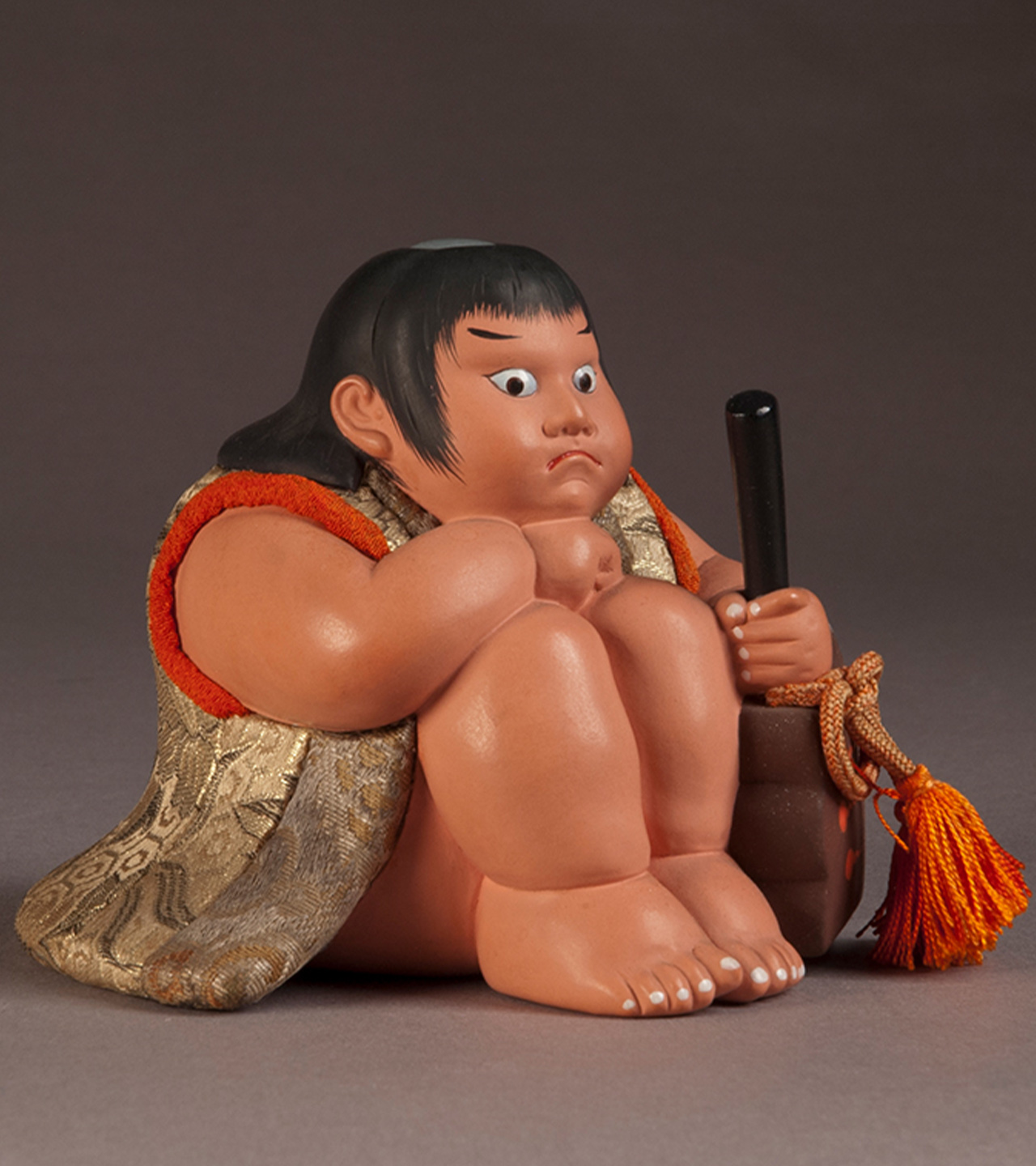 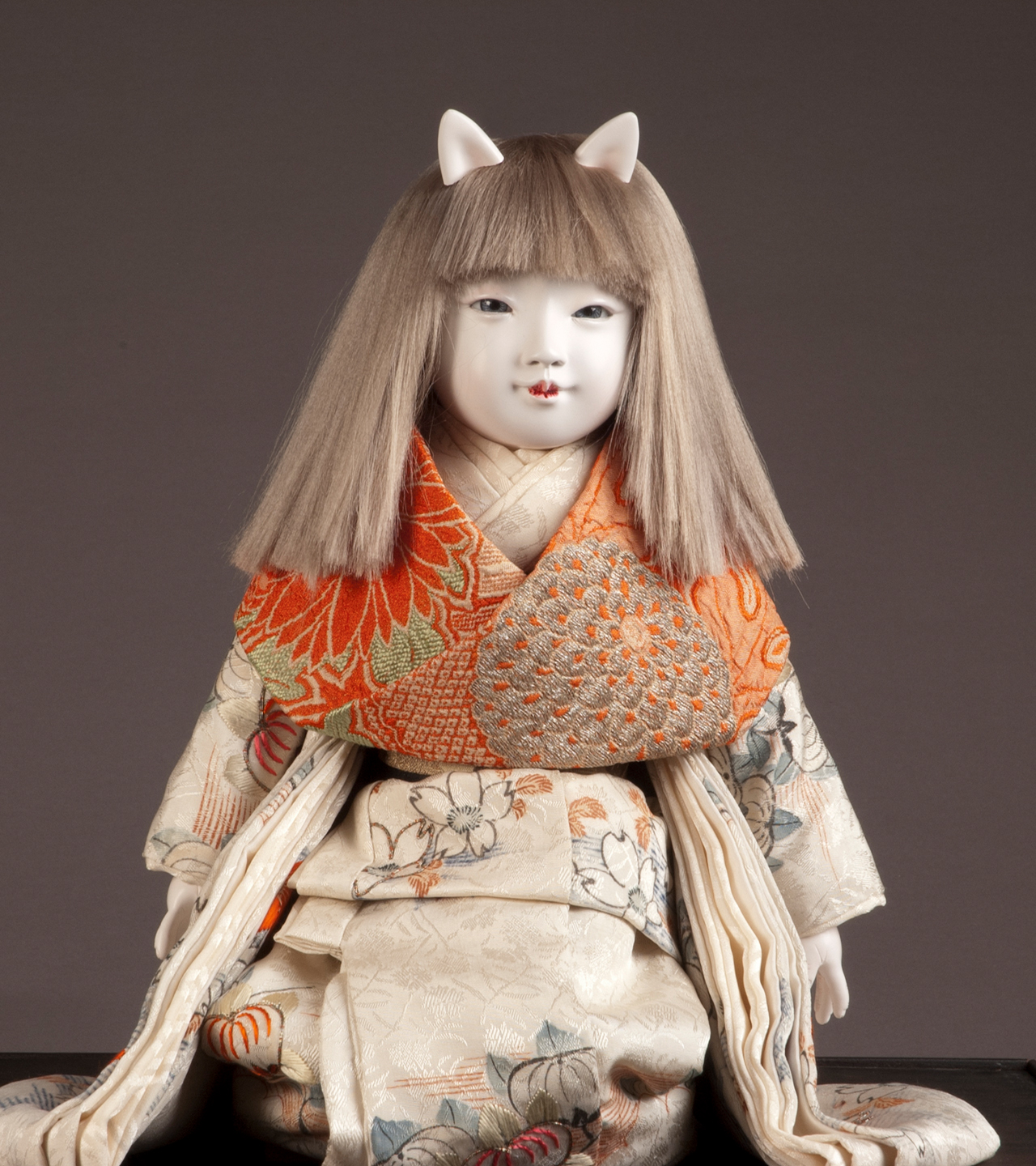 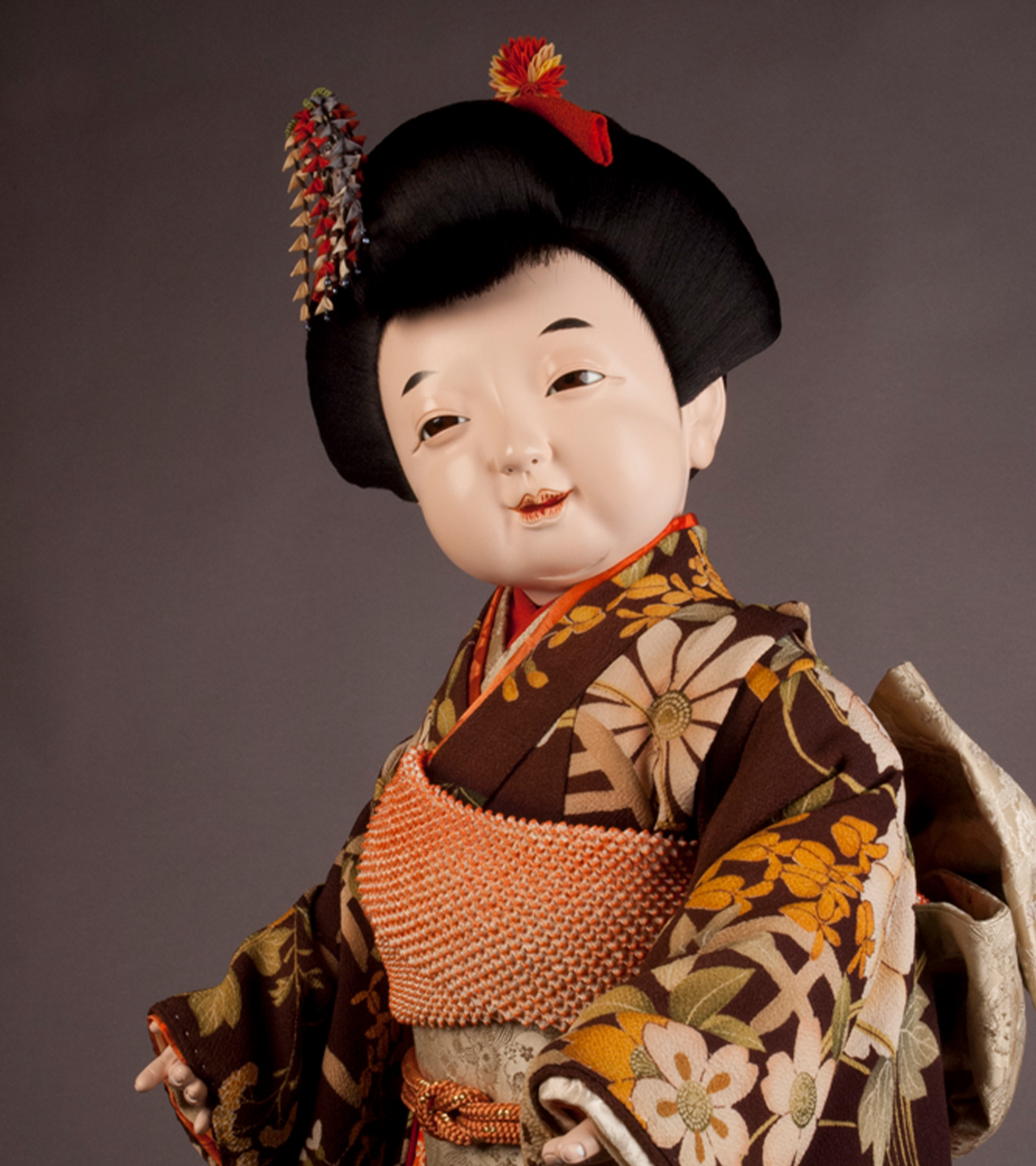 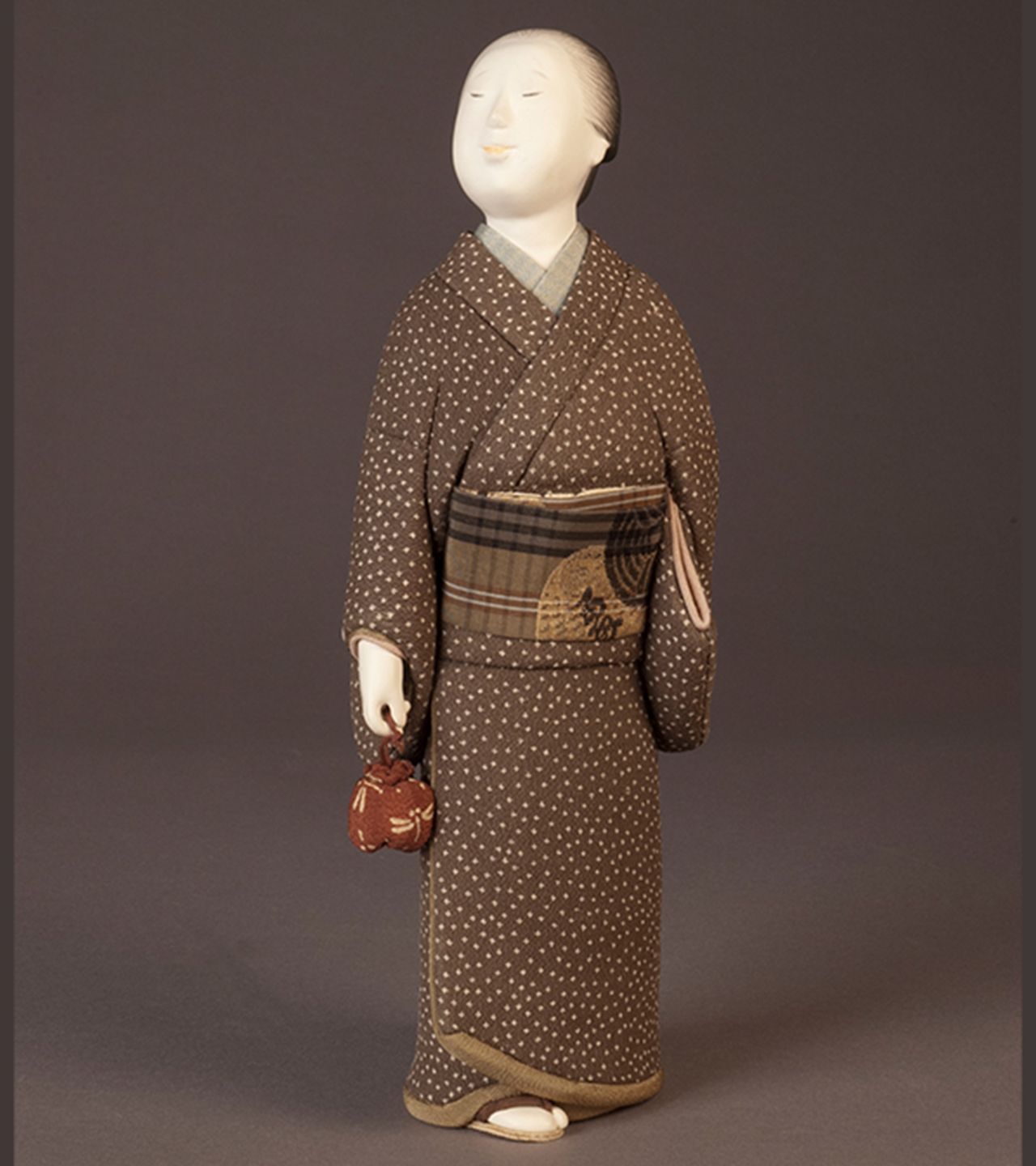 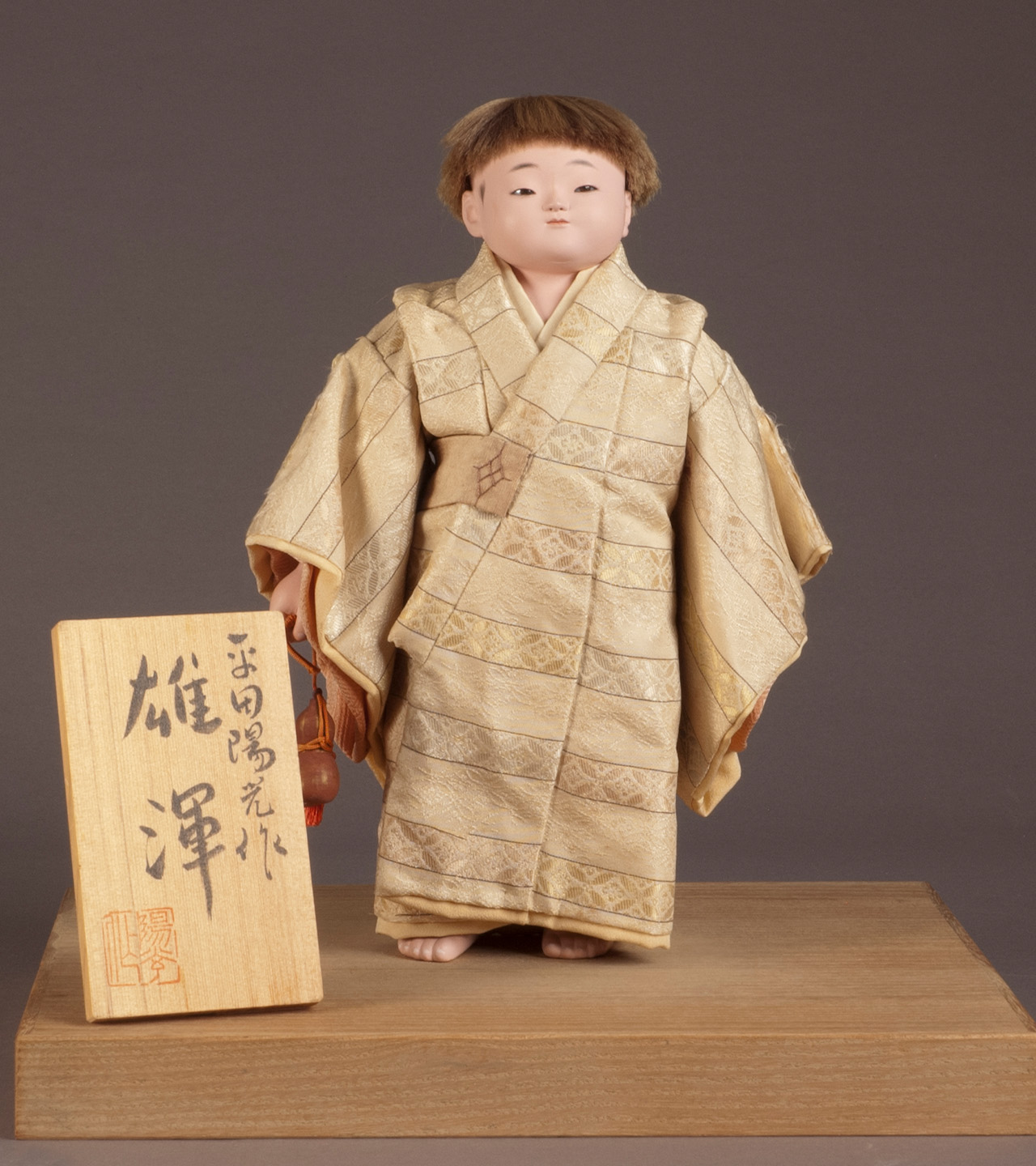 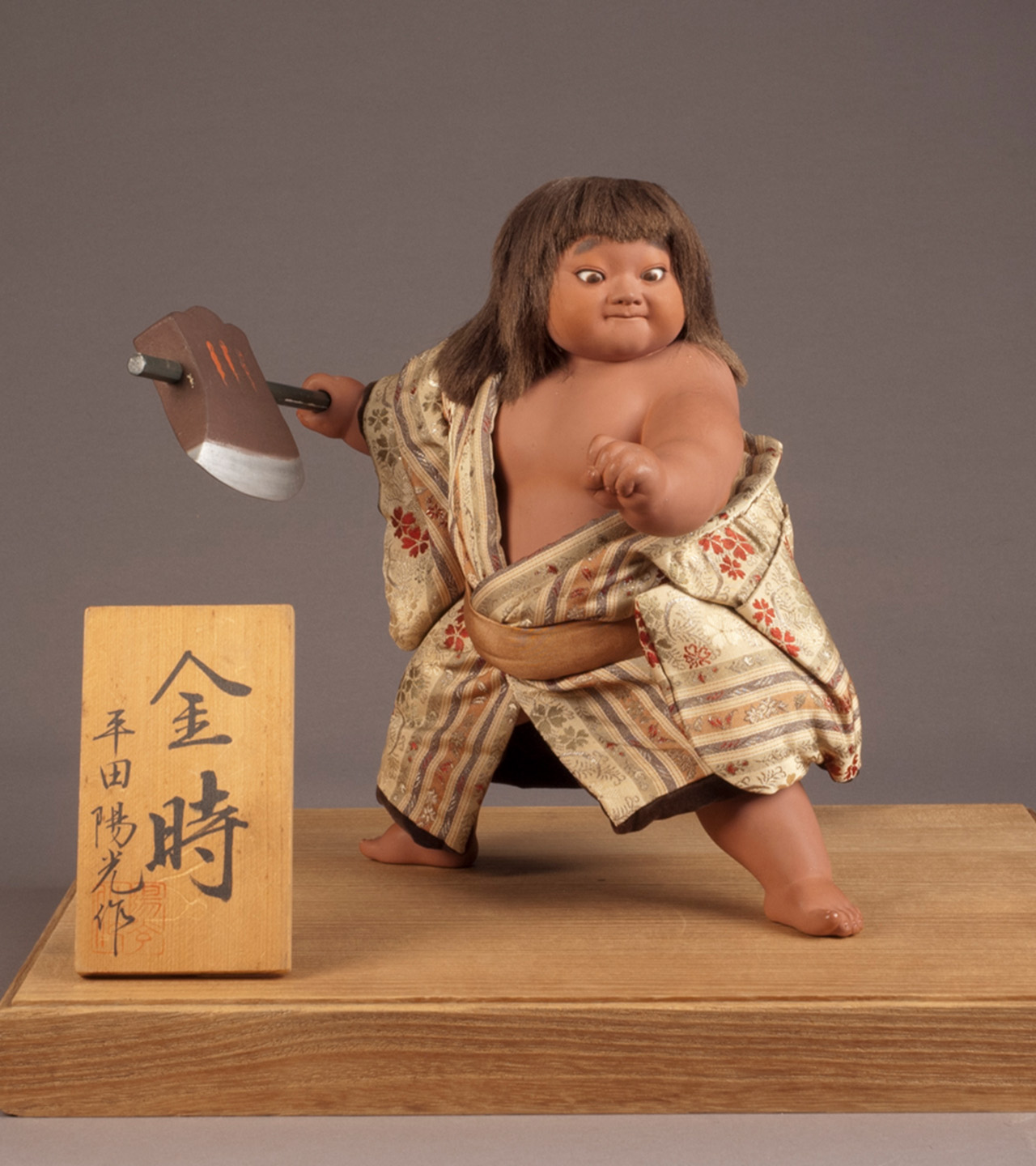 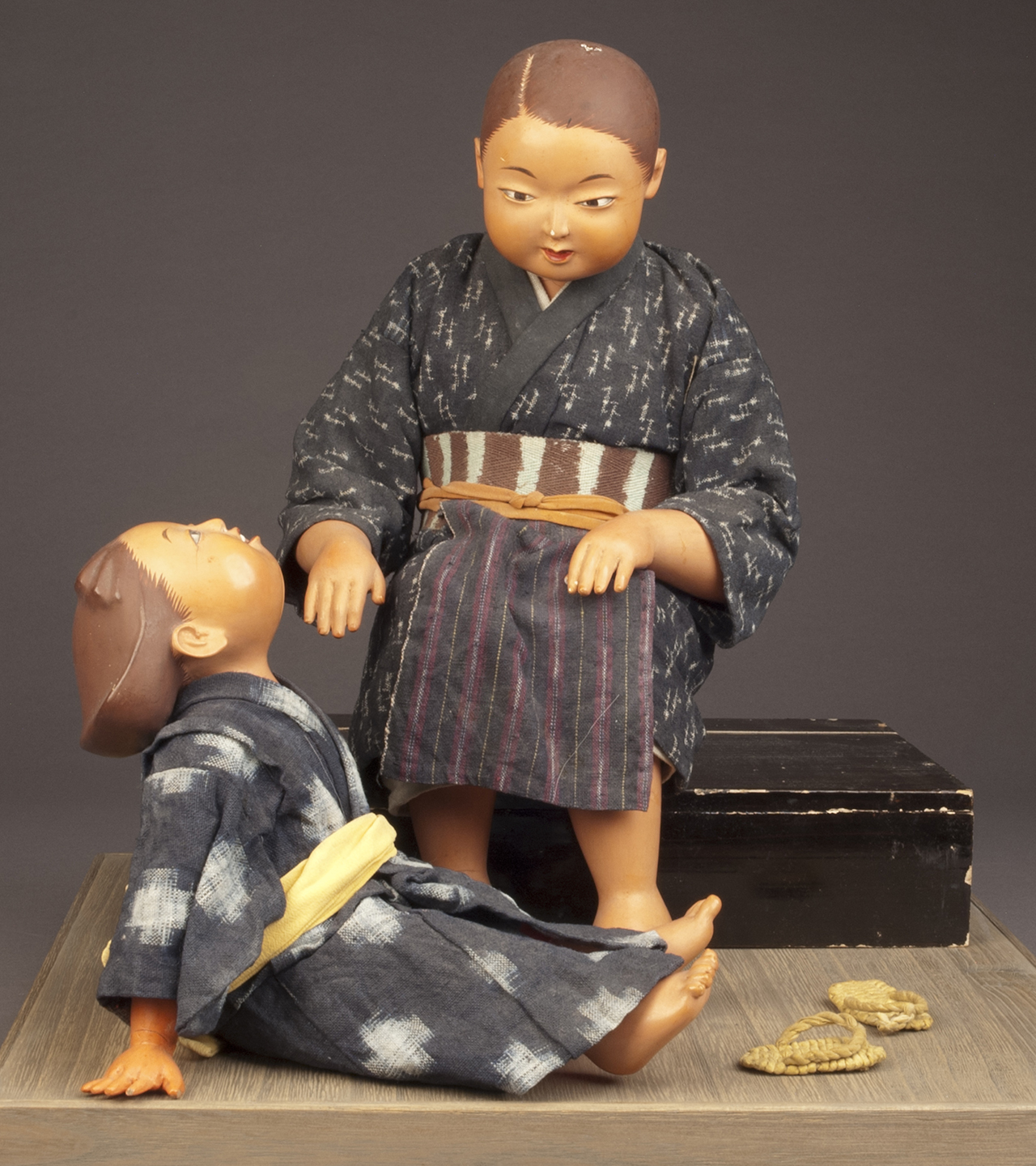 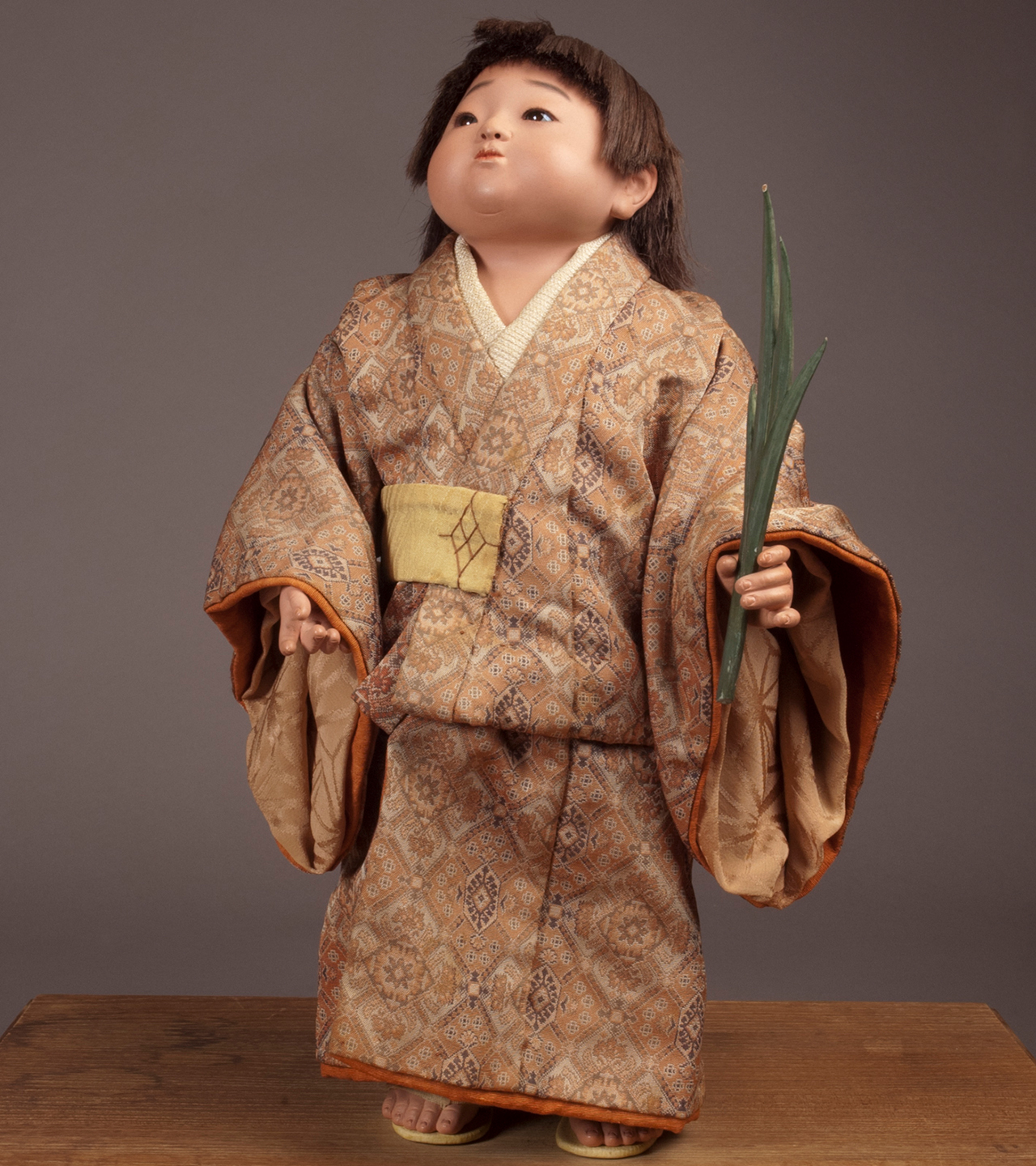 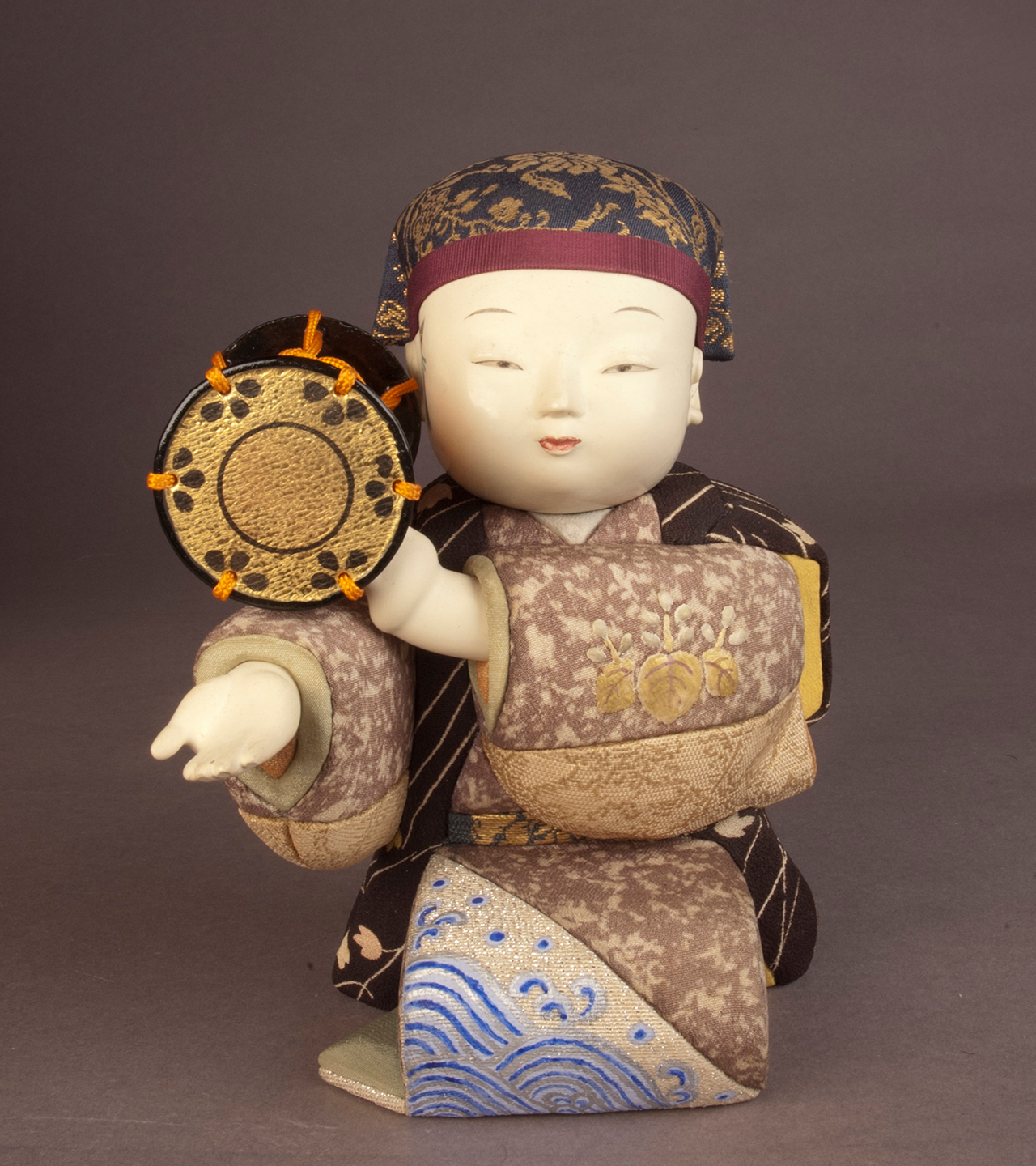 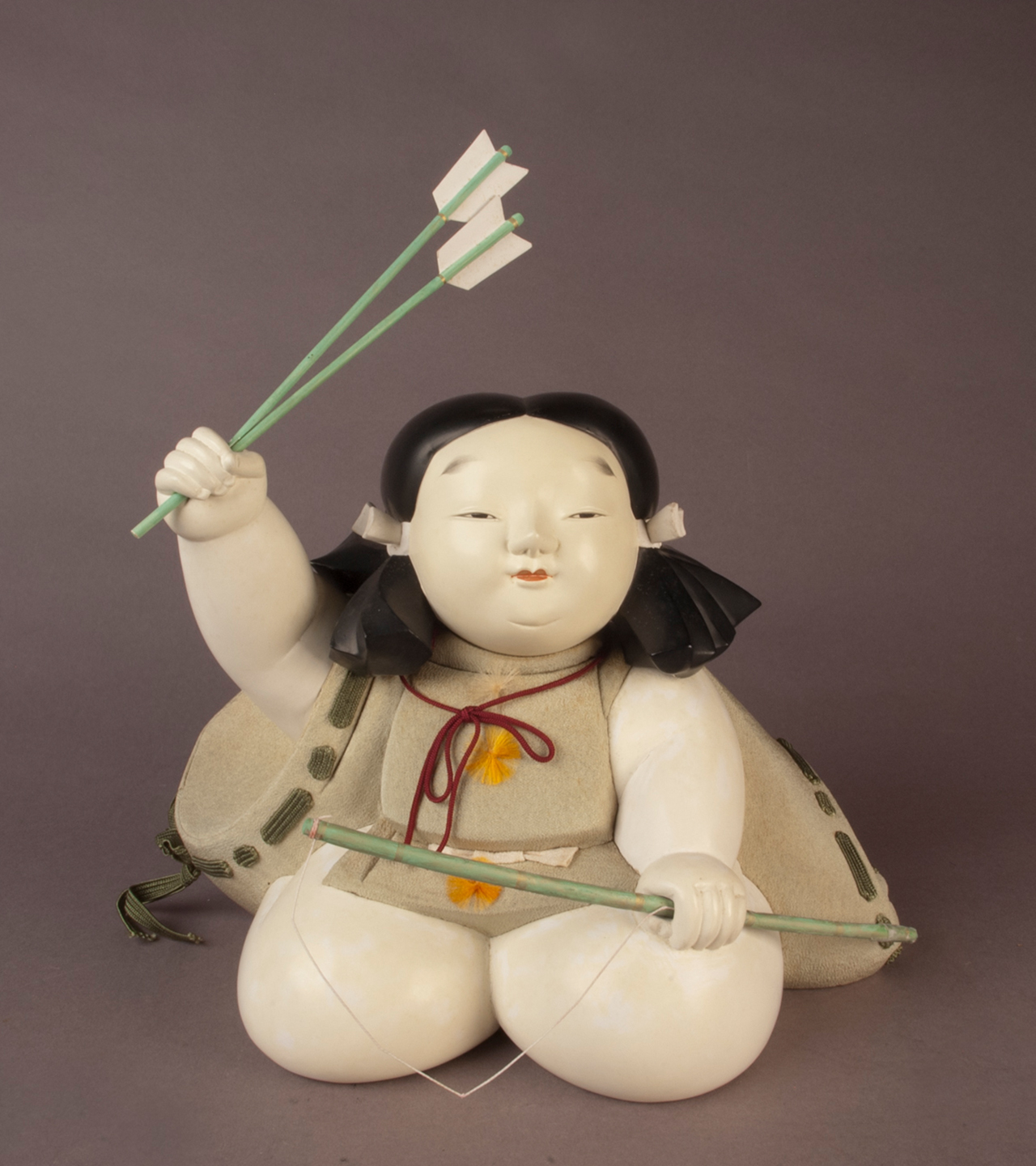